UPDATE: Videos of visually changed spells will be posted tomorrow after the servers come up!

The new Community Events include, but are not limited to:

More at the strings section below.
Class Changes

Here are the class changes in the files. Remember that this is datamined info and some of the information may have errors!
DiabloFans Quote:
Barbarian

Inspiring Presence The duration of your shouts is doubled. After using a shout you and all allies within 100 yards regenerate 1% of maximum Life per second for 60 seconds. / Your shouts are: / *Battle Rage / *Threatening Shout / *War Cry (Up from 50 yards)
Wrath of the Berserker
Arreat's Wail : Activating Wrath of the Berserker deals 3400% weapon damage as Fire to all enemies within 15 yards. (Damage element now specified)
Striding Giant : Reduce all damage taken by 50%. (Previously gave 80% bonus Dodge Chance)
Frenzy
Sidearm : Each strike has a 25% chance to throw a piercing axe at a nearby enemy that deals 130% weapon damage as Cold to all enemies in its path. / Frenzy's damage turns into Cold. (Damage element now specified)
Seismic Slam Cost: 30 Fury / Slam the ground and cause a wave of destruction that deals 620% weapon damage to enemies up to 45 yards in front of you. (Up from 550%, no longer specifies "in  a cone", no longer seems to knock up)
Shattered Ground : Increase damage to 735% weapon damage as Fire and knocks all enemies hit up into the air. (Up from 710%, no longer changes to a Knockback)
Stagger : Reduce the cost to 22 Fury. / Seismic Slam's damage turns into Lightning. (Previously had 80% chance to Stun for 1 sec)
Permafrost : Create a sheet of frost that deals 755% weapon damage as Cold and Slows enemies by 60% for 1 second. (Up from 710%, slow down from 2 seconds)
Whirlwind
Hurricane : Pull enemies from up to 35 yards away towards you while Whirlwinding. / Whirlwind's damage turns into Cold. (Damage element now specified)
Revenge
Best Served Cold : Increase your Critical Hit Chance by 8% for 6 seconds after using Revenge. / Revenge's damage turns into Cold. (Damage element now specified)
War Cry Generate: 20 Fury / Cooldown: 20 seconds / Unleash a rallying cry to increase Armor for you and all allies within 100 yards by 20% for 60 seconds. (Up from 50 yards)

Awareness Your Armor is increased by 30% of your Dexterity. (Previously gained 6% Dodge every second, resetting after you dodge)
Grenade
Cluster Grenades : Throw cluster grenades that deal 200% weapon damage as Fire over a 36 yard radius. (Up from 32 yards. Note: the current value in-game is displayed as 9 yards)
Hungering Arrow
Devouring Arrow : Each consecutive pierce increases the damage of the arrow by 70%. / Hungering Arrow's damage turns into Cold. (Damage element now specified)

Fists of Thunder
Bounding Light : Every third hit also releases arcs of holy power, dealing 195% weapon damage as Holy to up to 3 additional enemies. (Damage is now Holy)
Wind Blast : Every third hit Freezes enemies for 1 second. / Fists of Thunder's damage turns into Cold. (Renamed from Lightning Flash, previously increased Dodge by 17% for 3 seconds after each hit, damage element now specified)
Way of the Hundred Fists
Hands of Lightning : Increase the number of hits in the second strike from 7 to 10 and increasing damage to 429% weapon damage as Lightning. (Damage was Physical)
Blazing Fists : Critical Hits increase your attack speed and movement speed by 5% for 5 seconds. This effect can stack up to 3 times. / Way of the Hundred Fists's damage turns into Fire. (Damage element now specified)
Spirited Salvo : Every activation of the skill has a 40% chance to generate 6 additional Spirit. / Way of the Hundred Fists's damage turns into Holy. (Damage element now specified)
Sweeping Wind
Inner Storm : As long as your vortex is at the maximum stack count, you gain 4 Spirit per second. / Sweeping Wind's damage turns into Holy. (Damage element now specified)
Wave of Light Cost: 75 Spirit / Focus a wave of light that crushes enemies for 605% weapon damage as Holy, followed by an additional 79% weapon damage as Holy to all enemies in a line. (Damage up from 473%)
Wall of Light : Increase damage of the initial strike to 870% weapon damage and adds a knockback. (Up from 709%)
Explosive Light : Release bursts of energy that deal830% weapon damage as Fire to nearby enemies. (Up from 731%, damage was Holy)
Pillar of the Ancients : Summon an ancient pillar that deals 635% weapon damage as Lightning, followed by 785% weapon damage as Lightning over 3 seconds to enemies who remain in the area. (Damage up from 498%, damage was Physical. Additional damage up from 498%. Damage is now over 3 seconds, instead of after 2 seconds)
Numbing Light : Critical Hits Freeze enemies for 4.5 seconds. (Renamed from Blinding Light, previously stunned)

Zombie Handler You can have 1 additional Zombie Dog summoned at one time. The healths of you, your Zombie Dogs and Gargantuan are increased by 20%. (Now also increases player health)
Fetish Sycophants When you hit enemies with your spells, you have up to a 10% chance to summon a dagger-wielding Fetish to fight by your side for 60 seconds. (No longer requires a physical realm spell, chance up from 5%)
Fierce Loyalty You can have 1 additional Zombie Dog summoned at one time. While you have a Zombie Dog, Gargantuan, or Fetish following you and not in combat, your movement speed is increased by 30%. (Previously your pets gained 100% of your Life Regen and Thorns)
Summon Zombie Dogs Cooldown: 45 seconds / Summon 3 Zombie Dogs from the depths to fight by your side. Each dog deals 30% of your weapon damage as Physical per hit. (Up from 12%)
Corpse Spiders
Leaping Spiders : Throw a jar with jumping spiders that leap up to 25 yards to reach their enemy and attack for a total of 382% weapon damage as Poison. (Damage was Physical)
Hex
Toad of Hugeness : Summon a giant toad that swallows enemies whole for up to 5 seconds, digesting for 580% of your weapon damage per second as Poison. (Up from 20%, damage was Physical)
Unstable Form : Hexed enemies explode when killed, dealing 135% weapon damage as Fire to all enemies within 8 yards. (Damage was Poison)
Horrify Cooldown: 12 seconds / Don a spectral mask that horrifies all enemies within 18 yards, causing them to tremor in Fear and be Immobilized for 3 seconds. (Cooldown down from 16 seconds, distance up from 12 yards, now immobilizes, duration down from 4 seconds)
Phobia : Enemies are no longer Immobilized and will instead run in Fear for 5 seconds. (Previously increased Fear to 6 seconds)
Gargantuan
Humongoid : The Gargantuan gains the Cleave ability, allowing its attacks to hit multiple enemies for 130% of your weapon damage as Cold. (Damage was Physical)
Wrathful Protector : Summon a more powerful Gargantuan to fight for you for 15 seconds. The Gargantuan's fists burn with fire, dealing 575% of your weapon damage as Fire and knocking enemies into the air. (Previously knocked back)
Bruiser : The Gargantuan gains the ability to periodically slam enemies, dealing 200% of your weapon damage as Fire and stunning them for 3 seconds. (Damage was Physical)
Firebats Cost: 150 Mana initially, and an additional 75 Mana while channeling / Call forth a swarm of fiery bats to burn enemies in front of you for 425% weapon damage as Fire. (Mana cost down from 225)
Dire Bats : Summon fewer but larger bats that travel a long distance and deal 495% weapon damage as Fire. (Up from 300%)
Hungry Bats : Rapidly summon bats that seek out nearby enemies for 635% weapon damage as Fire. (Up from 350%)
Vampire Bats : Firebats initial cost increased to 225 mana but no longer has a channeling cost. (Previously removed channeling cost)
Wall of Zombies
Unrelenting Grip : Your Wall of Zombies will Slow the movement of enemies by 60% for 5 seconds. Changes the damage done to Cold. (Damage element now specified)
Piranhas
Bogadile : A giant bogadile emerges from the pool of water and bites a monster dealing 1100% weapon damage as Physical.  (Damage up from 840%, damage was Poison)

Magic Weapon
Force Weapon : Increase the damage bonus of Magic Weapon to 20% damage. (No longer has a chance to Knockback)
Meteor
Molten Impact : Greatly increases the size and increases the damage of the Meteor impact to 1648% weapon damage as Fire and the molten fire to 549% weapon damage as Fire over 3 seconds. / Adds a 15 second cooldown. (Now also increases size of Meteor)
Archon
Slow Time : Archon form can cast a Slow Time that follows you. / Archon abilities deal Cold damage instead of Arcane. (Damage element now specified)
Pure Power : Decrease the cooldown of Archon to 100 seconds. / Archon abilities deal Lightning damage instead of Arcane. (Damage element now specified)
Combustion : An explosion erupts around you when you transform, dealing 3680% weapon damage as Fire to all enemies within 15 yards. / Archon abilities deal Fire damage instead of Arcane. (Renamed from Arcane Destruction, damage element now specified)
Teleport Cooldown: 11 seconds / Teleport through the ether to the selected location up to 50 yards away. (Down from 16 seconds)
Calamity : Cast a short range Wave of Force upon arrival, dealing 175% weapon damage as Arcane to all nearby enemies and stunning them for 1 second. (Damage down from 252%, stun duration down from 1.5 seconds)
Fracture : Summon 2 decoys for 6 seconds after teleporting. (Down from 8 seconds)
Safe Passage : For 5 seconds after you Teleport, you will take 25% less damage. (Down from 27%)
Reversal : Casting Teleport again within 5 seconds will instantly return you to your original location and set the remaining cooldown to 1 second. (Down from 8 seconds, remaining cooldown effect added)
Wormhole : After casting Teleport, you have 3 seconds to Teleport 1 additional time. (Previously could teleport 2 additional times within 1 second)

Heavenly Strength You can wield a two-handed weapon in your main hand while bearing a shield in your off hand. (No longer has a Movement Speed penalty)
Indestructible When you receive fatal damage, you instead become immune to damage, gain 35% increased damage and gain 16515 Life per Kill for 5 seconds. / This effect may occur once every 60 seconds. (Reworked from: Gain 1% Armor for every 3% of maximum Life missing)
Vigilant Increase Life regeneration by 413. / Reduce all non-Physical damage taken by 20%. (Note: the current value in-game is actually 2063; Damage reduction up from 5%)
InsurmountableBlocking an attack generates 6 Wrath. (Reworked from: Block Amount when 4 enemies are close)
Iron MaidenYour Thorns is increased by 50%. (Previously gave a static amount based on character level)
Finery Gain 1.5% Strength for every gem socketed into your gear. (Previously gave a static amount based on character level)
Holy Cause The amount of damage dealt by your weapon is increased by 10%. / Whenever you deal Holy damage, you heal 1% of your total Life. (No longer requires Holy damage from weapon)
Towering Shield Increase the damage of Punish, Shield Bash and Blessed Shield by 20%. / Reduce the cooldown of Shield Glare by 30%. (Reworked from: Gain Block Chance every second, which resets with blocking)
Fervor While wielding a one-handed weapon, your attack speed is increased by 15% and all cooldowns are reduced by 15%. (Reworked from: When an enemy dies nearby you gain Attack Speed)
Fanaticism - Increase the attack speed of Punish, Slash, Smite and Justice by 15%. (Renamed from Nephalem Majesty. Reworked from: Increases the duration of Nephalem Glory by 30 seconds)

More than a few interesting Community Events seem to be in the works by Blizzard! Again. Datamined stuff: some of the information may have errors. 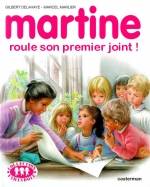 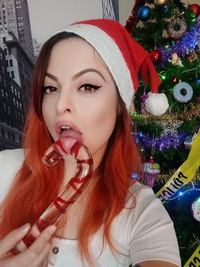 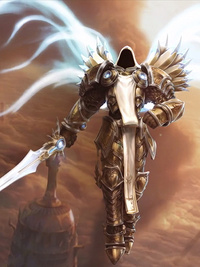