Hello,many players experience a "bullet time"-like slowdown in large fights or when lots of destructible things are shattered.
One possible explanation for this is multi-threading overhead that appears when the game uses more than 2 CPU cores.
So if you have an Intel quadcore, i5, i7, or similar AMD processor and experience this kind of slowdown combined with a framerate drop, you might want to try executing Diablo on a limited number of CPU cores.
It's easier than you think, non-invasive, and reversible:

1. Locate the shortcut used to launch the game, you should have one on your desktop.

2. Right-click the link, select Properties, go to the Shortcut tab.

3. You find the path to the Diablo Launcher in the Target field, it should read something like this:
"C:\Program Files\Diablo III\Diablo III Launcher.exe"

Note that the path in the last argument stays unchanged, make sure to leave the path of YOUR installation intact.
This extension uses Windows' own start utility to launch the program using only the CPU cores specified by the hexadecimal value following the /affinity command.
Provided you have 8 cores, 0x05 uses the first and third core, 0x01 would use only the first, 0xFF would use all eight.
For quad cores you can leave out the first digit, e.g. write 0x5 to use 1st and 3rd core, 0xF to use all, etc.

[If you find that this does not help, you can revert the line to the previous state, or just create a new shortcut.]

CPU Affinity can also be changed while Diablo is running. Just go to the process list of the task manager, right click the Diablo III.exe, select Set Affinity.
However, unlike the modified link, this needs to be done every time you start the game.


Why use core 1 and 3 instead of 1 and 2?Some CPUs use Hyperthreading, a technique to split each physical CPU core into 2 logical units.
These 'logical cores' are the ones you select with the affinity command.
Selecting the 1st and 2nd (mask: 0x03) would have the game run on the same physical core, limiting the available performance. 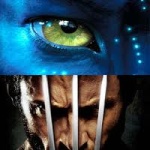